Cocaine, originally from coca leaves or Erythroxylon coca, and is a highly addictive, psychoactive, stimulant substance.[1] Over 100 years ago, a purified chemical named “cocaine hydrochloride” was isolated from the plant. Research has shown cocaine is a very addictive substance that can alter brain function and structure after multiple uses. It is now considered as having a powerful potential for abuse and classified as a Schedule II drug.[2]

What does cocaine do to your body?

When in the body’s system, cocaine disrupts the brain’s “mesolimbic dopamine system” or its reward pathway. Naturally stimulated by outside reinforcement such as food or sex, this reward pathway also regulates motivation and emotions.[3] When an individual abuses the drug, the normal communication process between neurons and dopamine receptors is disrupted. Cocaine, for example, is found to block the transport of dopamine to neighboring neurons.[4] The result is the temporary sensation of euphoria commonly experienced right after taking the drug.

Effects of long-term use

The use of cocaine long-term has found to have lasting, if not permanent, changes in the brain. The drug has an immense impact on the brain’s pathways that respond to stress. As a result, the stress-related disorders that arise can contribute to cocaine relapse and cocaine use disorders. Research has shown that the brain’s ability to relay information about stress and drug use to other parts of the brain often overlap and get confounded. This confusion in the brain’s transmitters results in one’s likelihood of seeking out the drug in response to stress, therefore raising or reintroducing the level and amounts of drug intakes, and affecting the stress circuits and levels of stress in the body.[5]

Chronic cocaine use affects other areas of the brain such as the orbitofrontal cortex (OFC), the area with connections in the brain’s decision-making, impulsivity, self-insight, and memory.[6]

Does how cocaine is ingested affect how long it stays in the body?

The method of ingesting cocaine affects how quickly the drug reaches the brain, but it does not alter how long cocaine stays in the individual’s system. Once in the system, cocaine will show up in urine 3 to 6 hours after the last use.[7] The half-life of cocaine is about one hour, which means it takes about 60 minutes for the body to eliminate half of the drug from the bloodstream. It is important to note that long-term use can lead to longer elimination times, leading to certain tests being able to detect cocaine in the system for a longer period of time.[8]

Detection timeframes vary depending on the type of test initiated. Cocaine is metabolized by enzymes in the blood and liver, this process happens so rapidly that it is not detectable in most screening tests. The main metabolite present with cocaine in urine is benzoylecgonine, which can be detected in the urine for up to 4 days.[9] During drug testing, benzoylecgonine is the main metabolite searched because it has a urine concentration of 50 to 100 times higher than cocaine.

After the last use, the drugs can be detected in a urine test from 1 to 4 days, or up to 2 weeks with frequent users.[11]

Cocaine or its metabolites can be detected in a hair sample from months to years from last use.[12] Drinking alcohol or caffeine while taking the drug slows its elimination from the body.[13] An important note – there are other factors that can influence how long cocaine stays in somebody’s system, such as their weight, metabolism, hydration levels, kidney or liver impairment, the dose, and frequency of use. The more cocaine an individual uses at a time, the longer the benzoylecgonine metabolite remains in the system and can be detected.[14] In addition to the frequency and volume of cocaine intake, the level of purity the drug itself is at when consumed also affects how quickly the body can eliminate benzoylecgonine from the system. 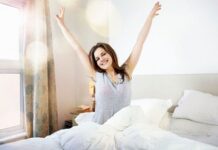 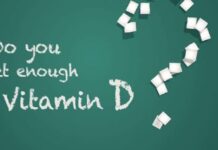 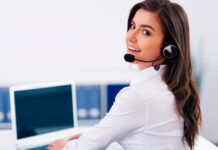